Lack of identity is an impediment for people to exercise their basic democratic and human rights. Digital identification can help overcome barriers to participation (World Bank Report, 2016).

‘Know Your Customer’ or ‘KYC’, follows a common man like a shadow for a range of rights and services. Insurance, investment, health, education, social welfare and financial services: one cannot get past without KYC. Yet, existing KYC processes are onerous with paperwork, intrusion and delays at best, and outright exclusion at worst. Incumbent KYC methods rely heavily on centralised cloud storage, national identity infrastructures such as Aadhaar or paper KYC. Centralised KYC services are the subject of prolonged legal scrutiny marred with privacy concerns and paper KYCs are just not cool anymore.

The developing world is home to more than 6 billion of the world’s 7 billion mobile subscriptions, making this a technology with considerable potential for registration, storage, and management of digital identity (World Bank Report, 2016).

DigiLocker is a fine example of holding digital identities on mobile devices. It requires a one-time registration to pull documents from issuers directly to your device. There are, however, two fundamental issues with such applications. First: the documents are held in a central storage seeded through a single identity number leading to privacy concerns, thereby dissuading citizens from mass adoption. Second, and the more pressing one, is that these digitally held identity documents cannot easily be shared with service providers, when needed.

Imagine this example: A customer walks into a Bank to open a new account. The customer says he has ID documents in DigiLocker. The Banker requests the user to share a copy of these documents. And it hits them both. The Banker can view the documents in the customer’s device but the same cannot be transferred to the Bank to maintain a “true copy of the original” as required by regulation.

Identity should be a public good – for consumers. And identity verification should be simple and seamless – for businesses. This is what Kyzo solves.

Kyzo is a free Digital KYC app for consumers that allows them to scan and store any officially valid ID, photo and other relevant identity documents. Cutting edge OCR and computer vision technology will automatically extract the ID details and pre fill an identity form for later use by the Customer.

The documents in Kyzo stays in the customer’s phone (encrypted) and is never transferred or backed up to the cloud, putting to rest the threat of mass hacking, leaks and privacy concerns.

At the point of sharing KYC (say to open a Bank Account), the customer simply scans the unique QR generated by the Bank, consents to share the identity data and authenticate using a PIN. The data seamlessly transfers to the Banker’s App. The data transfer is done offline such that no network connectivity is needed making it convenient to work even in the remotest parts of the world. 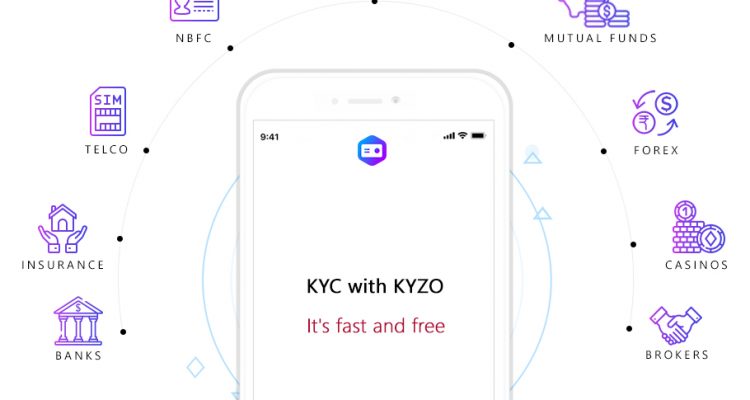 FRSLABS – on a mission to break down financial barriers for humanity – is an award-winning research and development company specialising in digital identity and fraud prevention solutions. Learn more at https://frslabs.com.